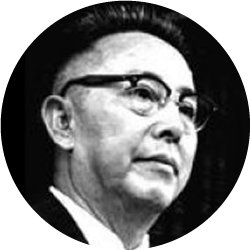 Fate and destiny had led Fan Chang Tien to become a Singaporean artist. Born in 1907 into a wealthy business family in Jieyang, Guangdong China. Fan graduated from the Xinhua Academy of Fine Arts in Shanghai, in 1928. As a young man, he was already a renowned artist in Guangdong China. He taught art and ran an art school before the local Chinese government sent him to Thailand in 1947 to seek donations from the overseas Chinese for the rebuilding of a teaching college which had been destroyed during the war.

Unfortunately, while he was in Bangkok, the civil war in China escalated and overnight, he lost everything he had, including his loved ones. Both his parents and brother’s family were persecuted as landlords. Fan was stranded alone in Bangkok for the next 8 to 9 years (1948-1956). It was there that he met and befriended the artist Zhang Daqian.

Fan was 49 years old when he arrived in Singapore in 1956. He married Madame Heng Siew Leng, a Singaporean midwife, who owned a popular maternity clinic in Balestier Road. She was capable, and supported Fan financially in the pursuit of his passion. She helped set up an art studio named ‘The Pure Orchid Studio’(素兰室) in Balestier Road, where Fan could teach Chinese-ink painting to young Singaporeans without charging any fees.

During the 31 years he spent in Singapore, Fan was not interested in fame or self-promotion. In his poems, he would often describe his sentiments, philosophy and outlook in life.


Fan's artistic legacy in the development of Singapore art is immense, significant and of great consequence.

Fan was instrumental in the flourishing of a new Shanghai School of Art here in Singapore by propagating its creativity and diversity. This is evident in the many different individual styles of contemporary ink works from his students. This ink art has a direct lineage from the Shanghai School of Art grandmaster Wu Chang Shuo (1844-1927) who modernized Chinese ink art by infusing radiant colours to the mainly black and white traditional ink paintings.

Past Activities of the artist